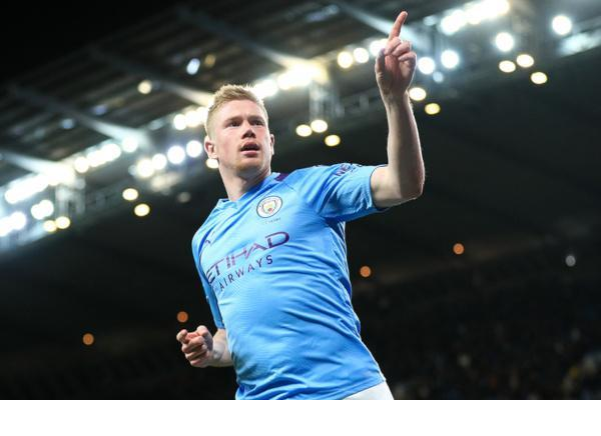 There are many things that constitute a great football team: The players, the manager, the ethos of the club, the fans, the training, and so on. A myriad of different factors combines to form a successful team, including some unquantifiable elements.

Of course, it is widely recognised that Manchester City and Liverpool are a cut above in the Premier League right now. It’s been that way for the last several seasons. Sure, Chelsea might have popped up to challenge them from time to time, but the Reds and the Citizens have been the best two clubs in England, and arguably Europe.

Plenty of column inches have been devoted to extolling the virtues of both teams, but we saw a statistic from last season’s Premier League that pretty much summed up why these two teams succeed and others don’t.

City and Liverpool’s figures say so much about the mentality of the teams. The pair have been useful to live betting punters for a few years now, given their ability to snatch late wins. In short, they can never be written off. But the way they did it in the Premier League this season has been phenomenal.

Of course, there should be caveats when viewing these statistics. For a start, teams tend to score later in games. It’s a natural byproduct of how fatigue. But the sheer number of goals the teams score late on in games (both average a later goal in around 60% of games), while not conceding tells us so much about the winning mentality of the two clubs. Brighton (14-8) had the best record of any club outside the top 3, and Brighton also conceded the fewest late goals outside of the top two.

Mentality plays a role in grinding down opponents

We hear so much from Jurgen Klopp and Pep Guardiola talking about the mentality of their teams, and this, for us, sums it up in a statistic. Of course, neither side has been tagged with being lucky – they had positive goal differences for all 15-minute segments of games last season, but the fact they go to the wire in every game is something that differentiates them from all other clubs.

Fitness will play a role, too, and if you watch Liverpool’s “Mentality Monsters” (Jurgen Klopp’s phrase) or City’s champions, you will see that they often up the pressure when other teams are starting to get tired legs. It’s a trait that can be learned, but it is also not easy to learn. It takes time and a lot of effort.

The stat will probably not be remembered years from now when we look back at this era of the Premier League. But for us, it sums up the mentality of the two best clubs in the country. As an aside, the team with the worst ratio was Newcastle United (5-16). If the Magpies, who are now considered the richest club in the world and have ambitions to challenge the top two, wish to be on top, this is the kind of mentality Eddie Howe will have to change.