A cursory glance at the Premier League top scorers chart so far this season shows much of what you’d expect: Mo Salah, arguably the best player in the world right now, leads the way; Harry Kane, a man in the worst form of his career, is nowhere to be seen. And the list features legends, like Cristiano Ronaldo, and stars of tomorrow, such as Conor Gallagher.

But if we were to look at things a little differently, Mo Salah is not top of the list. By looking differently, we mean most prolific goalscorers, i.e., those players with the best goals to minutes ratio. While they don’t hand out prizes for goals per minute at the end of the season, the information is useful, particularly if you play fantasy Premier League. So, let’s take a look at the top five in reverse order:

We know Vardy is a streaky kind of player, and he did go on a four-game scoring streak at one point. But that’s nothing compared to the run he went on in 2015 when he attained the record for longest goalscoring streak in Premier League history. Nonetheless, Vardy has popped up with seven goals in 11 games (938 minutes), and he is as crucial to Leicester’s hopes of glory as he ever was.

What a player Chelsea have on their hands here: the complete package as a right-back. He’s only played 460 minutes so far, but he has four goals and three assists to his name. He’s been sparingly used by Chelsea in his nascent career, but his form has really taken off. We could be looking at the England starting right-back for the next decade here.

We mentioned Mo Salah earlier, and while he is not as prolific as two more on this list, he’s still on incredibly efficient in front of goal. His 10 goals have come from 32 shots, which isn’t bad. But what really stands out about the Egyptian wonder is that he hits the target around 75% of the time. That’s brilliant when you factor in how many minutes he has played. Surely, he should be a contender for the Ballon d’Or? 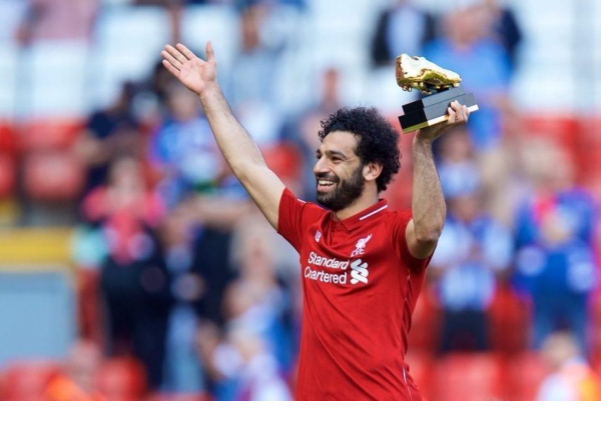 Here’s a name you probably didn’t expect to see on the list, unless you’re a Burnley fan, of course. The winger has scored four in six games for Burnley, but he almost comes in at a goal a game when you consider his 368 minutes on the pitch. Cornet, a £12 million signing from Lyon in the summer, will be crucial to Burnley’s hopes of avoiding the drop, but he is already looking like a bargain. Incidentally, his four goals have come from just nine shots on goal.

At one point it was looking like Roberto Firmino’s career at Anfield was coming to an end. However, the Brazilian has been excellent this season. His four goals came in the same amount of playing time as Cornet, but the Liverpool player has also laid on three assists, so he’s top in our view. It’s not easy to get playing time with Salah, Sadio Mané and Diogo Jota aiming to get ahead of him. But when Firmino has been on the pitch this season, he has delivered for The Reds.