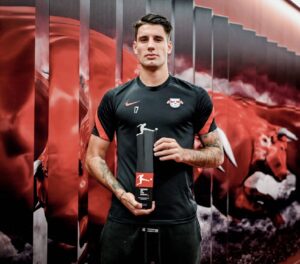 For the vast majority of football fans, the Champions League is the biggest and best competition in club football. Of course, Chelsea fans among us will always hold winning England’s top flight in high regard, but coming out on top in European football’s elite club competition last season is hard to beat. Put simply, it essentially means that your beloved club has the best side on the planet, which is exactly why clubs like PSG and Manchester City are so desperate to bring it home this season.

Another appealing aspect of the Champions League is the undoubted quality that is on display throughout. From world-class names like Robert Lewandowski and Lionel Messi to up-and-coming talents like Erling Haaland and Mason Greenwood, it’s a club tournament that serves up some of the best players in world football. Pulling in global audiences, such is the appeal of the Champions League that it has even been turned into a casino game, namely the Champions Cup slot game at casino.com. This accompanies the highlights shows, the debates on Twitter, and the endless amounts of hype surrounding the competition, too. Young players tend to hog the limelight also. For example, Kylian Mbappé’s breakthrough season at Monaco, where the French side managed to reach the semi-finals of the competition in 2017, was largely down to Mbappé and his sensational performances.

Could another young star emerge this season and carry their side all the way to the final, perhaps? Below is a look at some of the likely candidates.

The undoubted star of the Hungary national team right now and one of the brightest young talents playing in the Bundesliga, RB Leipzig’s Dominik Szoboszlai is one to watch this campaign. With a number of bigger clubs already fully aware of his potential, the 20-year-old is expected to put on even more of a show this season, particularly as he missed all of 2020/21 through injury. RB Leipzig are certainly a much stronger proposition with the Hungarian back.

After a relatively disappointing Euros campaign on a personal level in the summer, Manchester City talent Phil Foden could prove to be an integral part of any European challenge Pep Guardiola’s side mount this season. A unique talent who is expected to feature even more this season, Foden possesses the skill and the technique to keep City ticking over on their way to the final, something the club will be desperate to achieve given their defeat to Chelsea last time around.

At just 18 years of age, Jamal Musiala has the world at his feet. The young Bayern Munich star is expected to cement his place in the side this season as Julian Nagelsmann’s team continue to be many peoples’ pick for the Champions League crown come the end of the competition. Musiala with his skill and pace is a joy to watch when he’s on song, even being compared to a young Thomas Muller in the past. Should Bayern Munich reach the tournament’s latter stages, Jamal Musiala could start to catch the eye even more.

A bright spark many American football fans are hugely excited about, Giovanni Reyna is also held in high regard by everyone associated with Dortmund. The young USA prodigy is expected to kick further on this season as his dangerous Dortmund side, which features the likes of Erling Haaland and Jude Bellingham, pose countless threats.